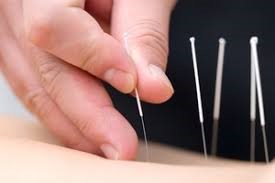 The ancient art of acupuncture has been used in Asia for centuries to treat many conditions and relieve pain. It’s now being used in the United States and other Western countries to ease everything from low back pain, to nerve pain (such as painful shingles rashes), to headaches, fibromyalgia, and menstrual cramps — and more.

Traditional Chinese acupuncture involves the insertion of extremely fine needles into the skin at specific “acupoints.” This may relieve pain by releasing endorphins, the body’s natural pain-killing chemicals, and by affecting the part of the brain that governs serotonin, a brain chemical involved with mood.

In Chinese acupuncture, the acupuncturist may turn or twirl the needles slightly or apply heat or electrical stimulation to enhance the effects. He or she may also burn a therapeutic herb near the skin; this is called moxibustion.

A Japanese form of acupuncture involves more shallow needle insertion than in Chinese acupuncture, and the needles aren’t usually manipulated. Korean acupuncture focuses on applying needles to points in just the hands and feet.

The acupuncturist typically inserts four to 10 needles and leaves them in place for 10 to 30 minutes while you rest. A usual course of treatment includes six to 12 sessions over a three-month period.

Acupuncture uses hair-thin needles that are inserted into the skin. These needles are thought to stimulate nerves in your body in a way that overrides your pain. Some studies have found the treatment helps relieve pain from a variety of conditions, such as low back and knee pain, migraine, and fibromyalgia, while other research has shown no benefit. For most people, it takes several treatments to feel results.

Accessibility by WAH
Call Us Text Us